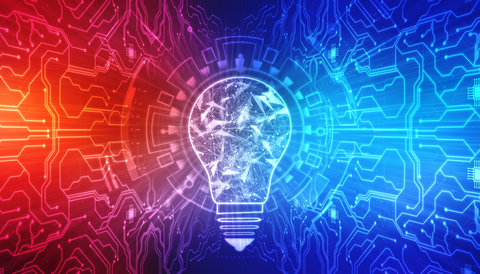 Getting into, and completing a college degree is difficult, and an accomplishment of its own. However, your next challenge, finding and keeping a career, might prove to be just as difficult.
Your college and alumni may help you with finding a potential employer that can utilize your skills and abilities through networking and research. However, this doesn’t change the fact that you will still have to compete with other aspiring applicants for the position.

Fortunately, with the increasing need for diversity in colleges and in many industries, companies such as Google have become more welcoming by giving underrepresented individuals more opportunities. The only downside to this is that some companies, should they choose to prioritize their interests first, may refuse employment to applicants who have a low score on the Wonderlic test.

What is the Wonderlic?

The Wonderlic, which is a psychometric test, is used by potential employers to choose candidates best suited for a job vacancy. Of course, there are critics of the Wonderlic, and although it is utilized in the NFL combine, critics point out that having a low or high score on the test isn’t a permanent predictor of success of an aspiring NFL athlete.
However, ESPN cited a study in 2016 that showed that there were a small but significant amount players who scored below the mean in the researchers’ sample that were found to be twice as likely to be arrested in the NFL as those who scored above it. This information caused the NFL teams to be very wary of draftees with low scores.

What does my score mean?

A good Wonderlic score highly depends on the industry and the employer. More often than not, the companies who use this metric won’t disclose the minimum score that they require from an applicant. In most industries, 20 is considered to be an average Wonderlic score, but this number varies from one organization to the other. In the pharmaceutical industry, for example, a score of 31 is considered to be average. Because each industry has its own standards, the Wonderlic Test doesn’t have a fixed grading system.

Fortunately, a company may have a lower threshold score if there is a larger amount of positions that need to be filled up immediately by qualified applicants. On the other hand, a company that only has a few positions may only consider those who managed to get a high score. Although some companies may allow applicants to take the test twice, others will only allow a single attempt. Meaning that if an applicant fails to get a good score in the first test, they may not be eligible for additional attempts.

What’s on the test?

The Wonderlic, which is similar to an I.Q. test, focuses on general intelligence. The test contains questions on number series, analogies, sentence structures, geometric shapes, and basic logic to test the cognitive and decision-making skills of the test taker. The material of the exam isn’t all that difficult, with it containing 50 multiple-choice questions revolving around the subjects mentioned above. However, the applicants have the added challenge of only having 12 minutes to go through the entirety of the test. Regardless of the difficulty, each question is only worth one point, forcing the test taker to prioritize which ones to answer first. This allows employers an insight into both the critical-thinking and time management skills of a prospective applicant.

The Wonderlic is, simply put, a race against the clock, and those who can figure out how to answer each question as efficiently as possible will receive the highest scores.
The acceptance and implementation of diversity in the professional world may have improved over the years but it may still be a long while before it becomes the norm. As a result, you should prepare yourself for the possibility of taking the Wonderlic, or a similar test.

For more topics on all things related to college, check out the other blogs on College Basics.