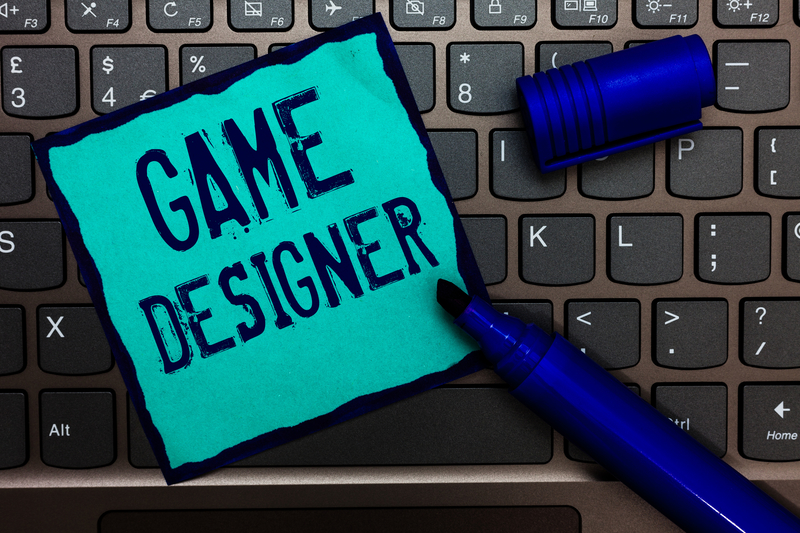 The rapid advancement of technology has led to the creation of new jobs that cater to the growing needs of various industries. Entertainment is one field that has benefited from current innovations and resulted in more career options for today’s generation.

If you have a knack for drawing and imagining new worlds, an online game design degree is perfect for you. You get to create digital art that will be enjoyed by many people through computers, consoles, and even smartphones.

This profession may be very different from traditional jobs like becoming an accountant, doctor, or lawyer. Nonetheless, a career in online game design allows you to make your mark in the world by providing people with a temporary means of escape from their stressful realities.
These are the career options that you can consider after completing an online game design degree:

After obtaining a degree in video game design, you can then apply to companies that need game designers for their digital products. Your responsibilities with this career involve designing characters, coming up with various game levels, and being in charge of the art as well as animation. Other possible tasks that may fall under your scope of work are writing code, learning different computer programming languages, and product testing. One career path for this job is becoming a lead game designer, which directs the creative team to develop a product.

The essential skills that game designers should have include:

A game programmer coordinates with the designer to make their vision a reality. While the latter may have basic knowledge of programming languages, coders are the true masters in deciding which language is best for the game and the platform where it’ll be played.

Various programmers are involved in developing a game. The lead programmer heads the team and has the final say on decisions. Meanwhile, some programmers are in charge of overseeing the artificial intelligence and physics aspects of the software to make sure a game responds well to the player’s commands.

Other professionals are network programmers, and they are particularly valuable for online games where gamers can interact with one another. A programmer also works with game artists in creating a code that allows the product to have 2-D and 3-D graphics.

If you’re more interested in portraying movement and behavior in a game, you may want to pursue a career as a game animator. This job combines art, technology, and knowledge of anatomy to bring life into the characters.

As an animator, it’s your responsibility to develop interactive images and environments in video games. You have to be proficient in techniques for computer animation as well as movie production, which involve knowledge of lighting, textures, and movements.

You should also keep yourself updated on new animation software given the rapid development of technology. If you want to thrive in this career for a long time, you have to stay on top of digital trends.

Game testers appear to have the most enjoyable job in the whole world. They get to examine the products before anyone else has tried them out. They ensure that end users don’t have to suffer through bugs and errors in the game, which were undetected during the initial stages.

It’s not all fun and games though, because the responsibility of excellent gaming experience will fall upon your shoulders. You have to be meticulous in spotting glitches and noting them so that they’ll be resolved before they reach the customers.

Completing an online game design degree offers you a lot of career options in the future. You can become a designer and create new worlds, or you can choose a more technical route as a game programmer. There’s also an opportunity for you to become an animator or tester.

For more great tips on all things related to college, check out the other blogs on College Basics.