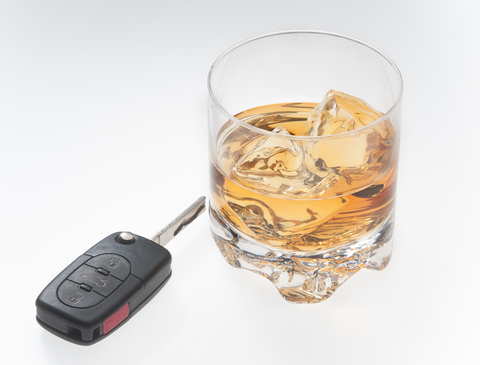 College is a time designated for learning and maturing, but it also presents many opportunities for fun. Between college sports, activities, and parties, there’s a lot for a student like yourself to enjoy.

Whatever you decide to partake in, make sure that you’re being safe and smart about it. This is particularly important during any time that you decide to drink alcohol. There will be lots of temptation to drink at college parties, and this can pose many risks and dangers. One of these dangers is drunk driving.

This may or may not shock you, but someone dies in a truck accident every 16 minutes, you must reduce your chances of becoming a statistic by never drinking and driving. This will keep you alert enough to focus on the road at all times, crucial for keeping you out of a truck accident.

We’ll look at a few ways to prevent drunk driving below to help keep you safe.

Arguably the most effective way to prevent drinking and driving is to truly understand the risks associated with it. You might get lucky and not get caught, but that is never worth the extreme consequences that go along with getting pulled over or causing an accident.

If you’re drunk and you get pulled over, then you’re likely to be subjected to a field sobriety test and/or breathalyzer. Failing a breathalyzer test, which is a .08 blood alcohol content level (or anything above .01 if you’re underage), will result in being arrested.

You’ll then be charged with a DWI (driving while impaired) or DUI (driving under the influence), which typically ends with you having your license suspended and incurring a massive fee of $10,000 or more depending on the state the offense happened in.

If these penalties aren’t enough for you, then also consider that jail time is becoming mandatory in a few states (even if it’s just for a few days), probation is extremely likely, and you’ll face a long and costly road back to driving again.

More importantly, driving under the influence greatly puts your safety at risk. Nobody can drive drunk, so you should never assume that you can. If you end up seriously harming or killing another driver, then the penalties mentioned above become far more severe.

Do you think that you could face yourself knowing that you ruined someone else’s life just because you thought you could drive drunk?

It’s also very important to know and respect your limits when it comes to alcohol. Everyone’s body processes booze a little differently, so it can be hard to determine what your limit is exactly.

Instead, you’re better off imposing limits on yourself before you start drinking and sticking to them! You can do this by getting a rough understanding of how long you plan to be out and using that to factor in how much you can drink.

Another useful tip is to stay nourished and hydrated while drinking.

This is particularly useful for avoiding a nasty hangover in the morning, but it can also help you make better decisions during the night.

When you’re drinking on an empty stomach, alcohol will have a stronger effect on you. On the other hand, eating plenty of food and drinking water will lessen the negative impacts of drinking.

This will make it tougher to get wasted, which will likely result in sobering up before you start driving. It might feel boring to not have a buzz anymore, but there’s no reason to drive after a party if you don’t feel sober.

The last thing you should think about is planning for alternative transportation if you know that you won’t be able to stick to your limits and drink responsibly. While you certainly shouldn’t have more than four drinks in a night, that knowledge alone won’t always stop you from doing it. We don’t advocate for nor encourage you to have more than four drinks in a night. However, if you do end up drinking heavily, then it’s vital that you at least have a plan in place to avoid driving drunk. The easiest way of doing this is by planning for alternative transportation beforehand.

That can mean assigning a responsible designated driver, scheduling a Lyft or Uber, having a friend or roommate that isn’t at the party plan to pick you up, or pretty much anything that doesn’t entail you or another impaired driver operating a car.

This may seem like a hassle, especially if you’re driving to the party. Just try to remember the severe risks of drinking and driving and how they’re never worth the risk or annoyance associated with picking your car up later.

Drunk driving is one of the most dangerous realities associated with college parties. Nobody can be an effective driver while intoxicated, so there’s just never a good reason to do it. The best way for you to avoid drinking and driving is to seriously understand the risks that come along with getting caught or causing an accident. You should also respect your drinking limits, make a point to stay nourished and hydrated, and make plans for alternative transportation.

While these techniques may seemingly diminish the fun you’re trying to have, just think about how incredibly poor you’ll feel inside a jail cell with a massive fine to pay. Drinking comes with responsibilities and it’s up to you to respect that!

For more important college tips, check out the other blogs on College Basics.