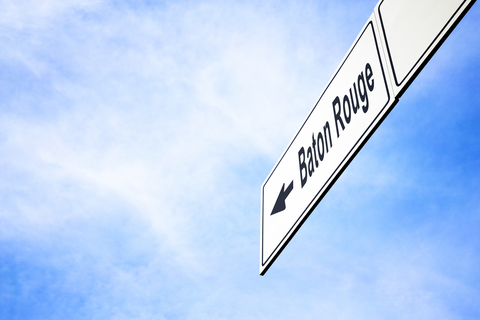 Moving out of the family home and into an independent apartment is a rite of passage for many young people. Many young men and women long for more independence and freedom and relish the thought of having an apartment of their own to call home.

Once the apartment search is underway, these same people are disappointed to find that looking for housing can be a lot more stressful than anticipated. The options are numerous and seemingly indistinguishable. For those moving to a new city for college, the issue is even worse.

In this article, we will give you some tips and guidelines for finding the perfect place to live in Baton Rouge. After reading this, you should be able to approach your housing search with ease and confidence.

Why move to Baton Rouge?

Baton Rouge has long bewitched and beguiled outsiders. Located at the banks of the Mississippi, Baton Rouge has a long history as a cultural melting pot. Today, it is still influenced by its Spanish, French, and Creole heritage. In Baton Rouge, you can enjoy the best of Southern cooking and hospitality along with a thriving modern economy.

Several universities have campuses in Baton Rouge. The most famous is probably Louisiana State University. Southern University, a historically black college, is also located in Baton Rouge. Other smaller institutions include the Catholic Franciscan Missionaries of Our Lady University and Baton Rouge Community College.

Many students are drawn to attend school in Baton Rouge by the knowledge that Baton Rouge is the kind of city that will allow them to pursue any interest they might develop. You might be entering college without any clear idea of what, precisely, you want to do with your life. In 2010, Baton Rouge was named one of the best cities for young people. And while you might not expect to find the glitz and glamor of Hollywood in a mid-sized Southern town, Baton Rouge is an increasingly popular location for filmmakers.

Although it boasts a thriving economy, Baton Rouge is still true to its roots. Aspects of Southern culture still pervade the city. Outsiders may be surprised at the genuine smiles they encounter while out and about. Students who are new to Baton Rouge will be relieved to find that it is relatively easy to make friends.

Let’s not forget another important part of the Southern lifestyle. Baton Rouge has a warm, humid climate that will allow you to enjoy the great outdoors year-round. There is no winter to speak of, so you’ll never have to take your biking and running off the street.

Finally, Baton Rouge is part of a tradition that is more Louisianan than Southern: Mardi Gras! Baton Rouge boasts annual carnivals and parades for Mardi Gras without the annoyance of crowds that you might find in New Orleans. Get ready to catch some Mardi Gras beads and relax and party with your city!

If you’ve decided to move to Baton Rouge, the next step is finding a place to live. Baton Rouge is a well-established college town, so looking for student apartments in Baton Rouge needn’t be stressful.

Many students choose to live in neighborhoods immediately around their campuses. The community around LSU is full of beautiful and historic homes. Many students will need to find a roommate to make these houses work on a student budget. Those lucky enough to snag a place here will be able to enjoy a quick commute to campus as well as a beautiful lake.

Mid City offers more of an urban vibe. It is home to much of Baton Rouge’s thriving art community. If you want to live in a neighborhood with a creative and collaborative spirit, check out Mid City.

Downtown Baton Rouge is popular among young people because of the huge variety of housing. Downtown offers apartments at many different price points, so it is workable for students living on a tight budget. It’s also home to many of Baton Rouge’s tourist destinations.

If you’ve made the decision to move to Baton Rouge, we suggest you start looking for an apartment a couple of months before your classes start. While the housing market is more affordable and less competitive than many others, you don’t want to find yourself stranded without a home on the first day of classes!

Whichever part of the city you choose to live in, by moving to Baton Rouge, you are becoming part of a thriving and proud community. Welcome to Louisiana, y’all!