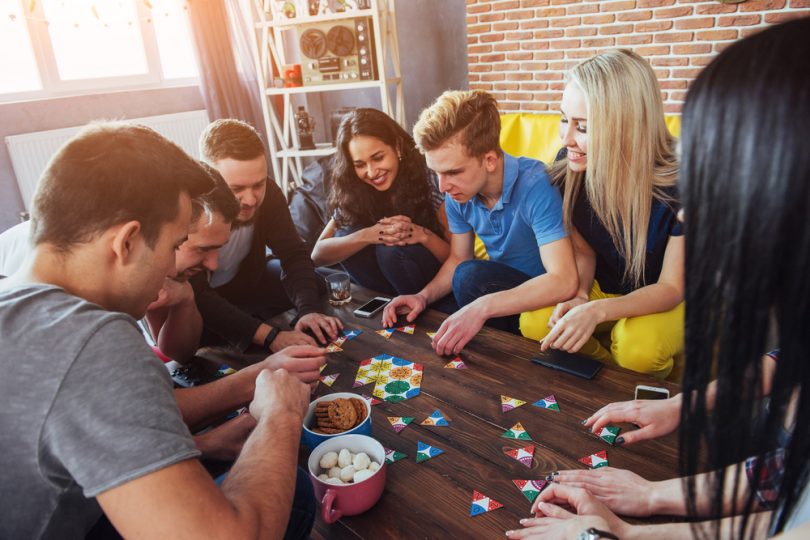 When you’re in college, most nights out typically involve a party or drinks.

Sometimes, you get bored of the same activities night after night and, now and then, you want to switch it up.

We have the perfect solution for you: tabletop games!

Most people think of Monopoly or another board game when they hear that but there are way more games out there.

For example, Magic the Gathering is one of those games. You might think it’s only for those into card games or “geeks”.

However, a wide range of players play the game for various reasons. Don’t put a label on yourself just because you’re interested in playing a tabletop game.

If Magic the Gathering doesn’t seem like the game for you, try one of the others listed below!

5 Tabletop Games You Need to Check Out 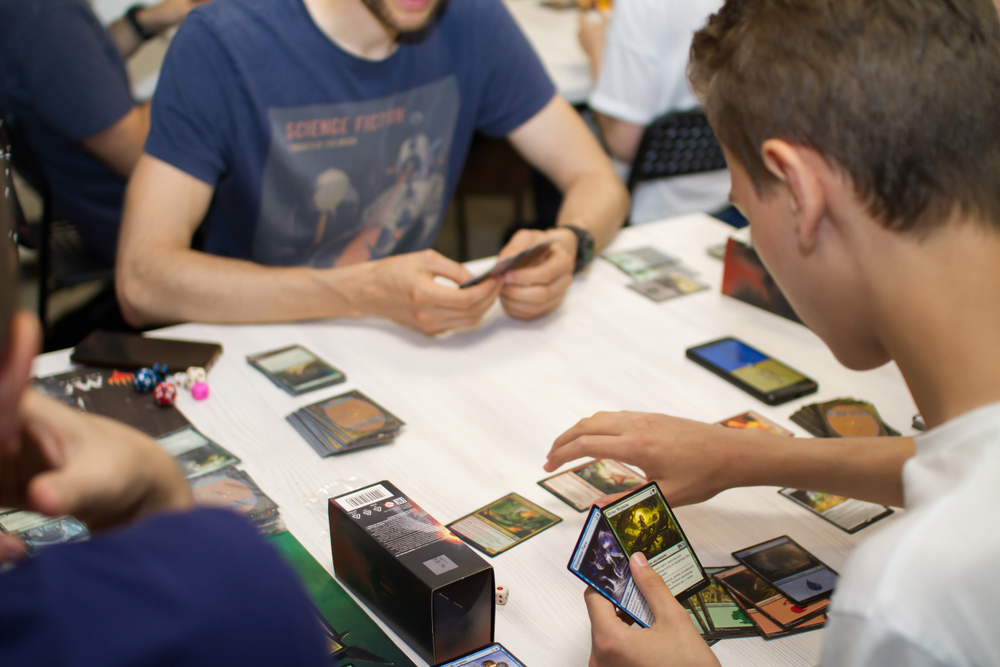 Magic the Gathering is a competitive tabletop card game that pits two or more players against each other.

Each player has a set “life total” that must reach 0. Opponents use the cards and the spells or creatures listed on them to cause damage to your life total.

There are other ways to win like drawing a specific card which lets you win if you have 40 life points or more.

Alternatively, some cards have conditions on them that will allow you to win instantly if you meet them.

Players of this tabletop game often compete in tournaments and some even play for monetary prizes. There’s even an online game.

Risk is one of those classic strategic tabletop games. Players each have an order of play, territories, and armies to defend it.

At the start of each turn, each player receives reinforcement armies that match the number of territories you have. Then, the player sends an attack at a territory, moves armies around, or they can pass their turn.

Attacks are determined by the dice rolls. At the end of each turn, players move their armies to defend one of their connecting territories.

Each time a player takes over your territory, the more danger you will experience because you get fewer armies to defend your land.

Dungeons & Dragons is a roleplaying game where players tell a fantasy story. D&D is driven by the player’s imagination.

Fantasy players can include elves, swordmasters, mages, or adventurers. Each scene presents a challenge to the player, and they must imagine how they can overcome it. However, it does have some structure.

A Dungeon Master makes rules for the game and narrates most of the scenes.

For example, the game might not allow anyone to die or to include the use of magic, the possibilities are endless.

Each player rolls dice, and the dice determines how the player can respond based on what rules the Dungeon Master sets.

The game comes with a basic rule book you can download online. Ultimately, the Dungeon Master can make or override rules whenever they see fit.

4. The Settlers of Catan

This classic game involves players who are settlers establishing colonies on the island of Catan. Players build roads, settlements, and cities as the game progresses.

The game has different land types that change with each game.

Players must spend resources to build, and the land types provide a certain number to use. Each player rolls dice to determine which resource the land produces and spends to build. The more adjacent settlements you have, the more resources you’ll require.

Players can rob others too by rolling a seven. Rolling seven takes adjacent resource cards from other players.

The goal of the game is to reach ten victory points by owning cities and settlements. Players get one point for settlements and two for cities.

5. Betrayal at House on the Hill

Each player gets two playable characters with attributes. Losing an attribute point brings the player one step closer to death.

The game has two phases: Exploration and Haunt

Players move through rooms equal to their speed and follow what the event cards say. Event cards often require players to roll against their skills to avoid damage or gain benefits. Omen cards provide items but could trigger a Haunt phase if the roll of the dice is lower than six.

When a player triggers a Haunt phase, special tables in the game’s rulebook determine who the “traitor” is. Haunt phases add creatures like zombies, cannibals, dragons, vampires, or ghosts that help the traitor.

The goal of the players is to stop the traitor based on the rules and event cards. The traitor’s main objective is to look for ways to convert the players to traitors. After the Haunt phase, players return to Exploration where players can attack traitors.

Tabletop games have evolved over the years and are no longer just for children. You can arrange a game night for your friend group and have as much fun as you would have if you went out to a party.

In some cases, the more people you have for your tabletop game, the better!

Many tabletop games have something for everyone and often involve competition and strategy. Most include cards and dice with pre-set rules, but you can make rules based on what you want.

While you do have competition in the games, you won’t have to worry about losing friends like you can with a game of Monopoly!