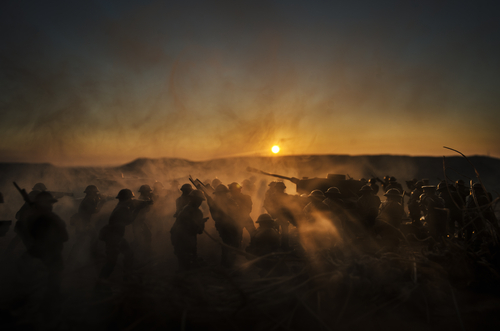 Serving your country by upholding your duties as a citizen and preserving your nation’s sovereignty are essentially the basic duties of a soldier. Many military personnel have spent years of their lives away from both relatives and loved ones to protect the people of their country. Both men and women – as evidenced by the list of women who have contributed greatly to military history, according to Norwich University – have taken part in keeping the peace and independence of their nation.

What is military history?

Military history is the field of study that focuses on war research and an analysis of war victories and defeats. It also covers the examination of leadership tactics integrated with relative technological developments, and how a nation’s distinctive culture influences wartime actions that drive economic, global, and political phenomena. How is this important to people’s lives today?

Here are some reasons why learning military history in college is an important endeavor:

Know how the human mind works

Major-General Julian Thompson, a military historian, and Royal Marines Officer, stated that “History is made by human beings.” He also stated that people are responsible for taking different paths and arriving at distinct endpoints to write history. To do so, they look back at the previous wars and use the strategies of past commanders as a guide. Thus, military history is not about memorizing the exact strategy soldiers executed to negate their enemy’s tactics. Rather, it is an understanding of how the human mind works and the factors that led military commanders to come up with the strategies they performed for a particular wartime scenario.

The real essence of studying military history is not to “ape” the tactics of victorious commanders or blankly imitating their strategies. What strengths did these commanders have to win battles? What weaknesses brought them to defeat? In a situation where safety and order are compromised, the human mind works best to think of different solutions.

Through this understanding of military history, students can learn how to set goals and objectives. Starting a war without any objective is comparable to a journey with no clear destination. To determine feasible objectives, one must determine the available resources and manpower.

Furthermore, students can gain a different perspective regarding a particular situation, regardless of whether this involves a military event or just a plain circumstance in their daily life. Having an understanding of previous battle strategies can open up their mind to approach a problem in different ways, gauging whether or not the strategies of a particular commander is applicable to their situation.

The concept of war plays an important role in shaping the history of the world. There are numerous countries that have emerged victorious, as well as those that have been subjugated because of war, either gaining or losing their influential status. Due to the conflicts and disputes that have occurred between civilizations, war made the most prominent empires, alliances, and characters in history.

Through studying military history, students will get the chance to know how war has been largely instrumental in the formation of nations and cultures as we know it today. Through this, they can have a better understanding of the present and its nuances by looking towards the past.

One should keep in mind that military technology is not created to declare war amongst nations, but to help in defending a country’s sovereignty and people.

These are just a few of the reasons why studying and familiarizing yourself with military history is crucial in understanding how the world works at large, as war has always been a driving force in both the triumph and downfall of civilizations, the formation of cultures, and even the development of technology. As part of the youth, students transitioning to college should learn about military history in order to understand what happened in the past and how it affects their present, as well as their future.

To get more great college tips, check out the other great blogs on College Basics.